DO YOU HAVE A CASE?

Fill out our consultation
form and tell us about
your case and we will
get back to you promptly
with options. 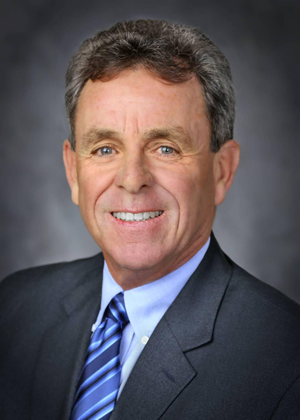 Dan Galvin has been practicing law in Santa Rosa since 1979, first as an associate with Everett Shapiro, and then as a partner from 1982 to the present. He has been the managing partner for Shapiro, Galvin, Shapiro & Moran since 1987. Dan's practice emphasizes general business law, particularly in the areas of construction, real estate and business formation. His practice includes representation of many small to medium size companies in the Sonoma County area. Estate planning and probate are also areas of emphasis.

Attorney Galvin comments: "As the economy has turned around, the construction industry has rebounded. We are seeing more and more contracts in need of review. We will likely see more collection actions, mechanic’s liens, stop notices and bond claims in the future. Construction contracts are ever changing, particularly in the sections involving indemnification and limitation on liability. More and more owners and general contractors are inserting provisions in their contracts to maximize their protection and minimize their liability exposure. With these changes, we can also expect to see more bond related claims, and more complaints filed with the Contractors State Licensing Board (CSLB).

The improved economy also has provided incentive for people to complete or update their estate planning documents. Increases in estate values and more discretionary income are driving this trend. We are seeing more clients setting up trusts, and using trusts and life insurance in their business succession planning. Our firm’s practice includes estate planning services such as trusts, wills, powers of attorney, health care directives, trust transfer deeds, and special needs trusts. We also do trust administration and trust litigation.”

More About Daniel Galvin:
Dan prides himself on being a preventative lawyer. He works with his clients in anticipation of potential problems so as to avoid unnecessary legal expense and litigation. This is largely accomplished through comprehensive preparation and review of contract documents, establishment of internal office policies, and compliance with regulatory and legal requirements. His clients trust his judgment and often seek early advice that heads off problems before they escalate into litigation.

Since 2001, Dan has also served as the Diocesan Attorney for the Roman Catholic Bishop of Santa Rosa, coordinating both routine organizational work, as well as litigation involving clergy abuse. Dan is a member of the National Diocesan Attorneys Association.

Dan remains active on the board of the North Coast Builders Exchange (NCBE), serving as chair of the Governmental Affairs Committee. That committee is charged with reviewing pending legislation effecting construction, and making recommendations to the full board on positions to be taken on proposed bills. He is a past board member and Board President at Cardinal Newman High School, a graduate of the Leadership Santa Rosa Program, prior Chairman of the City of Santa Rosa's Community Advisory Board, and current Board Chair of the City of Santa Rosa Board of Public Utilities. He also is a member of the Advisory Board for the Junior League of Napa/Sonoma, and a director of the Catholic Community Foundation.

Dan has been active in a multitude of community related events and committees. He has lectured extensively on contractor related topics for the North Coast Builders Exchange and regularly serves as a Settlement Conference Panelist for the Sonoma County Superior Courts. He also has refereed high school and college basketball since 1979.